See It In Numbers

To evaluate the impact of Sunbit on their business, Dr. Tavel Optical Group performed an in-depth analysis:

Among patients using Sunbit technology, there was a 168% lift in sales when compared to their spend during previous visits. Additionally, after correcting for year-over-year spending changes, patient age, gender, insurance mix, and office-specific effects—patients using Sunbit still spent 123% more than they spent previously. 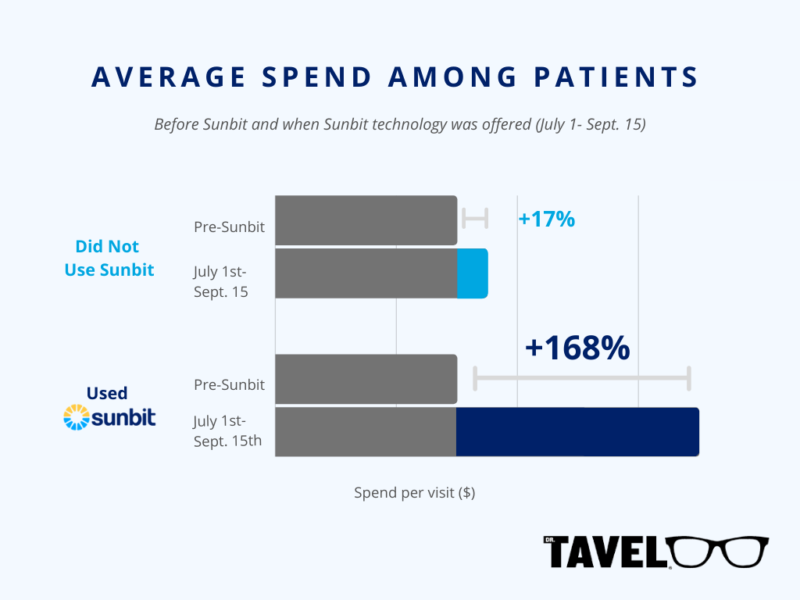 “The feedback about Sunbit from our patients and staff was extremely positive and we loved that Sunbit enabled patients to choose premium eyewear. It is overwhelmingly clear that Sunbit technology unlocks additional spending that patients would not otherwise have been able to make,” said Kent Iglehart, General Manager.

With Sunbit, Dr. Tavel Optical Group has an invaluable tool to elevate the customer experience and give patients more of the eyewear and eye care they deserve.

Learn how Sunbit works for your business.

Request a Demo
We use cookies on this site to enhance your user experience. By using our site, you acknowledge that you have read and understand our policies.